"... CanEVER Audio LaScala PowerAmp belongs to a few of the stand-out products that I've got the pleasure to evaluate in my studio/listening room after the completion, that truly shines in my beloved surroundings. 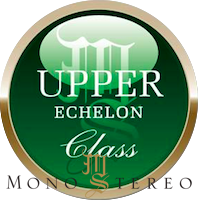 A special thanks to Matej Isak of Mono&Stereo he is reviewing the LA SCALA amplifier, looking to real features of the unit.

CanEVER Audio LaScala PowerAmp or How to design the “perfect” Amplifier

The “perfect” amplifier is basically impossible to design, but with the required engineering skills gained from a strong background in vintage amplifier design AND a deep knowledge of recently developed components as well as modern circuits, it is possible to get very close to an amplifier which works almost perfectly.

CanEVER Audio, with its smart engineering approach, has already proven that introducing highly competitive products in the overcrowded market of High End Audio is possible. The ZeroUno DAC, introduced in 2016 and the ZeroUno PLUS, shown for the first time at the High End Show in Munich 2017, are perfect examples of this. Both products are a combination of a high quality DAC including full MQA decoding and a preamp, with an intricately designed tube output stage working as a current source! While the ZeroUno DAC is a preamp accepting input from digital sources only, the ZeroUno PLUS comes with a top class analog preamp built in, in addition to the ZeroUno DAC circuit.

On the left: The LaScala Power Amp comes in two cabinets containing power supply and the amplifier.

The CanEVER Audio LaScala PowerAmp is one of the few audio amplifier designs, which consequently follows the most important results in research about audio amplifiers in engineering history. It is the result of over 30 years of research and experience gathered in the design and building of amplifiers based on single ended, push-pull and hybrid circuits, using tubes and/or transistors.

First of all: The CanEVER Audio LaScala PowerAmp is a voltage triode amplifier followed by a current MOSFET amplifier!

Why is this important?

The triode voltage amplifier is responsible for the voltage swing and the damping of the signal at the output.

The MOSFET current amplifier is responsible for the interaction with the loudspeaker impedance, avoiding irregularities at the load of the triode stage, with the impedance itself. So, the voltage amplifier is loaded with a very high impedance to preserve the sound quality.

To design the “correct” amplifier, it is important to understand how the load connected to the amp is working. The load of an audio amplifier is a loudspeaker. Each driver inside a loudspeaker follows the laws of physics – not the “ideas” of more or less talented people designing amplifiers. These laws of physics “command” any kind of speaker driver to move as a function based on the CURRENT of the input signal. This means, that the movement of the cone is directly proportional to the applied CURRENT.

Unfortunately, most of the audio amplifiers on the market come as VOLTAGE amplifiers ONLY!

How does this affect the sound of my loudspeaker?

It is very important to understand, that a loudspeaker does NOT represent a pure resistive load to the connected amplifier. In fact, the loudspeaker represents a complex load called impedance. This impedance is dramatically irregular, with maxima and minima along the band of frequencies that the loudspeaker is radiating.

Once the output VOLTAGE of an audio amplifier is proportional to its input signal, coming from the various audio sources in an audio system, this VOLTAGE has to be “converted” into CURRENT to drive the speaker. The IMPEDANCE CURVE (impedance vs. frequency) of the loudspeaker influences this “conversion” strongly. Especially when this impedance becomes very low. In many modern speakers, the impedance can get as low as 2 Ohms!

Even for a non-engineer, it is easy to understand that under these conditions, the movement of the loudspeaker cone will become “corrupted”. The result is ALWAYS a colored sound radiated from the speaker. There is no escaping it!

This situation changes completely, if the loudspeaker is driven by current!

In this case, the output CURRENT of the amp is directly proportional to that of its input signal and makes the cones of the speakers move in direct proportion to the applied CURRENT. The speaker is moving proportionally to the original audio input signal, no matter what crazy “roller coaster” function its impedance curve is riding.

The result is a clean sound representing the original audio signal and not “modulated” by the impedance of the loudspeaker.

There is only ONE correct implementation of an audio amplifier and this is an amplifier with a CURRENT OUTPUT. One of the very rare amplifiers on the market today following this design principle is the CanEVER Audio LaScala PowerAmp!

In the initial design phase of a power amplifier, choosing which type of audio circuit to implement is one of the most important and basic decisions that needs to be made. For CanEVER Audio, it was clear from the beginning:  Class A mode was essential in order for the sound of the amp to be as natural as possible. To reach a clean sound - free from any distortions - the decision to use a fully symmetric design was the only choice possible. To obtain the best performance in channel separation and power handling, the power supply and the amp itself are designed in a dual-mono configuration, in which the power supply and the amplifier come in two separate cabinets.

Other important aspects of the LaScala PowerAmp design are the absence of coupling capacitors in the signal path as well as any kind of feedback loops.

The primary design goals for the power supply of the LaScala PowerAmp were to create an extremely clean DC as well as fast current delivery, even while performing the most demanding dynamic musical program.

The CanEVER Audio LaScala PowerAmp comes with a very special DUAL MONO power supply (one per audio channel) in a separate cabinet. Above you can see the basic circuit of the power supply.

The two channels of the amp make use of two separate power transformers, each preserving a power reservoir of 900VA – in total: 1800VA!

The type of diodes forming the rectifier bridge represent the latest technology. They have no recovery time at turn-off and their “ringing patterns” are negligible.

In the next step, the DC passes a CLC filter, where the inductor of that filter has a value of 40mH.
The special winding of those inductors follow very strong tolerances, leading to a high bandwidth. The capacitors of the filter are high quality, long life, industry grade components, to manage high current in high temperature environments.

Finally, there is an active shunt regulator, which acts as a low pass filter based on a capacitance multiplier architecture representing a filter capacity of about 470.000uF.

Although it is not a quality spec per se, it is worth mentioning that the weight of the complete power supply of the LaScala PowerAmp alone is about 32kg!